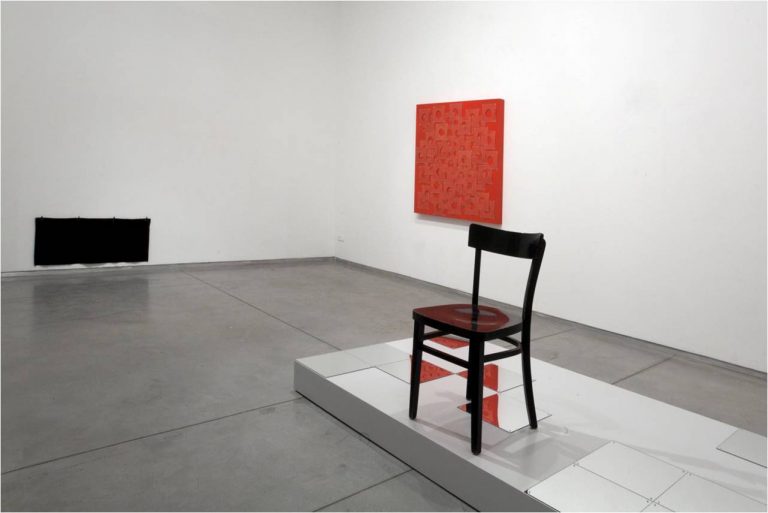 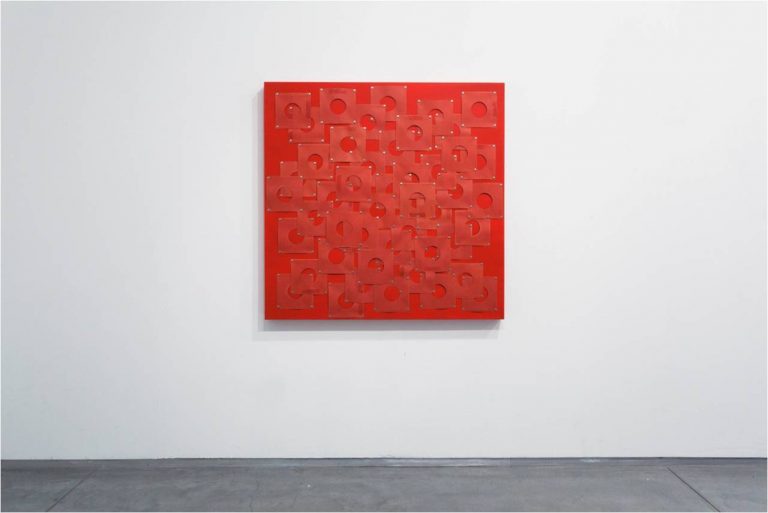 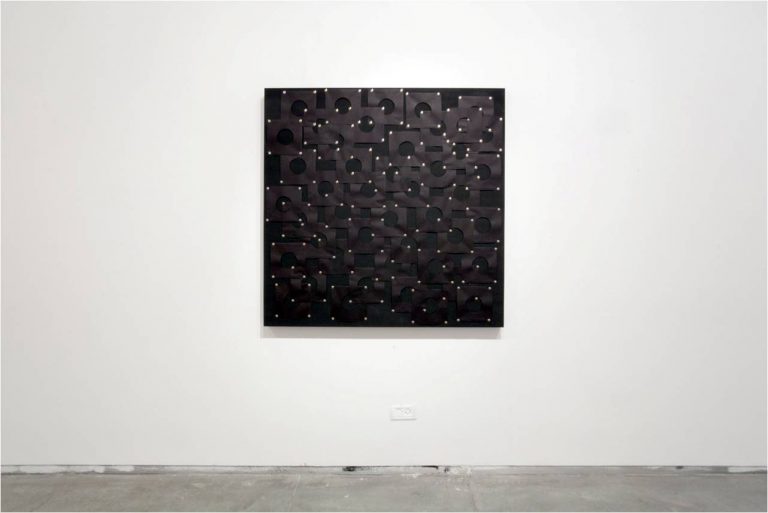 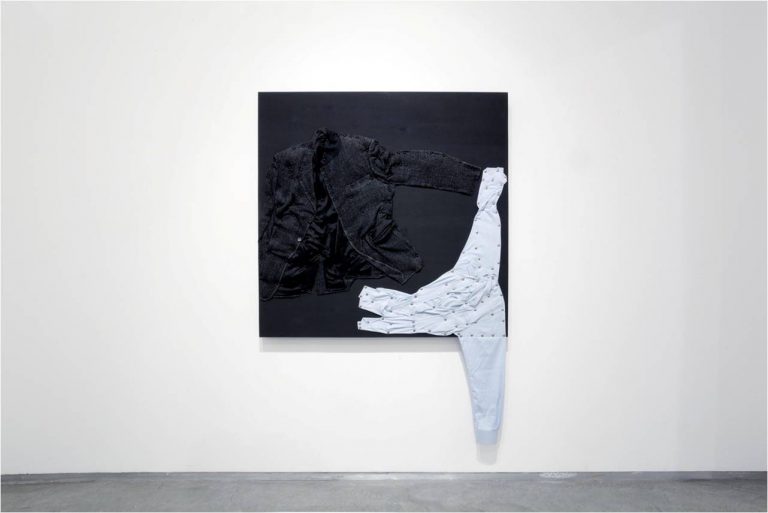 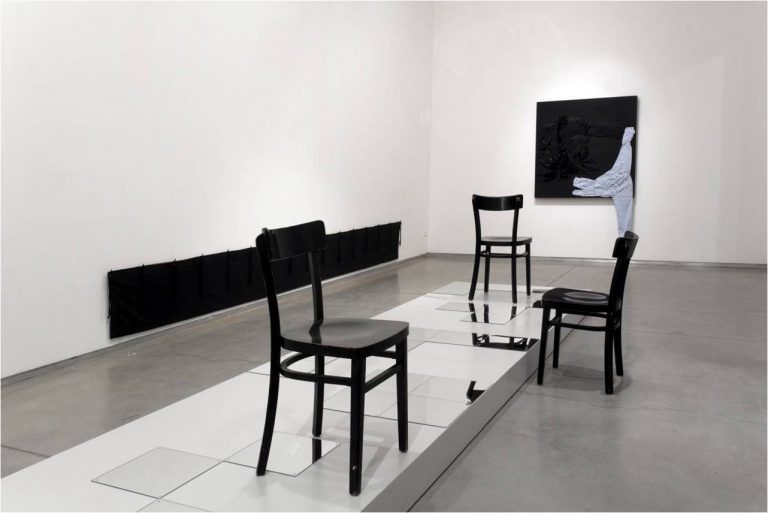 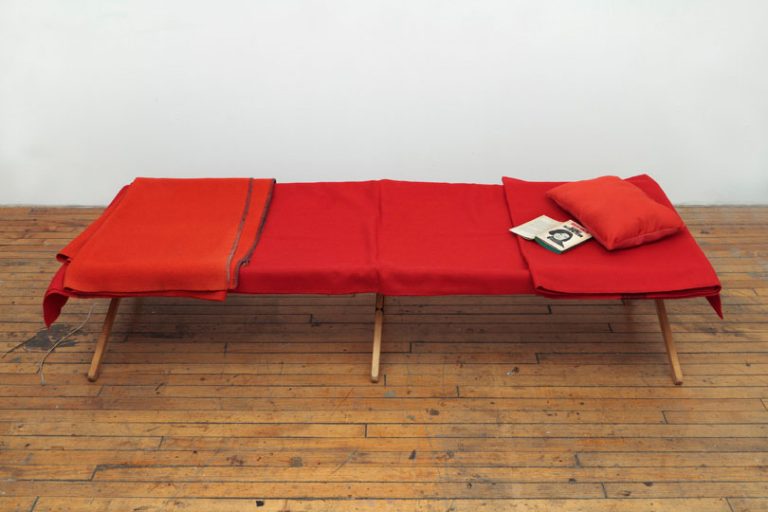 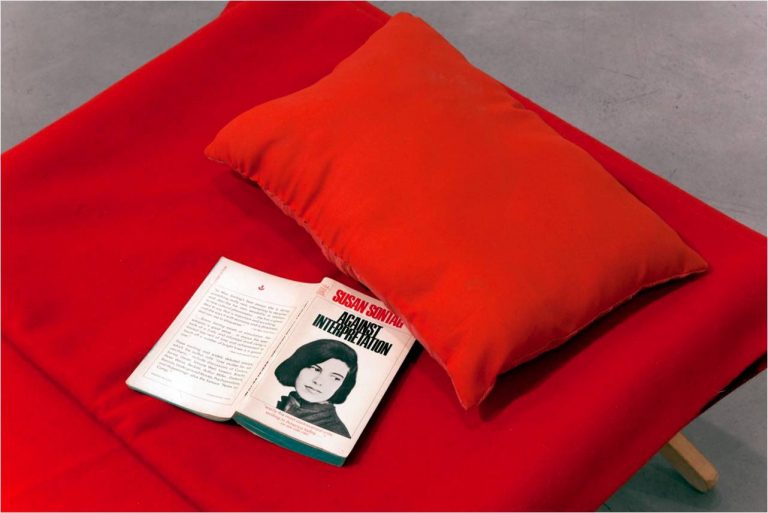 Tom Burr’s post-modernist works use understated aesthetics to explore the way in which identity is constructed and constrained by society and its physical public spaces. Rather than building up to a defined narrative, the artist considers his works to be “moments” as they freely associate between pop iconography and paraphernalia, literature, modernist architecture and design, all the while maintaining an open-ended relationship between them.

The title of his current show may appear confusing at first, intermingling in our minds with the recurrent title of exhibitions New Work. These works are in fact all new, created in the past year. But New York is also where most of the works in the exhibition were created, with some of them pointedly nodding to the city where the artist lives and works in. Other works are more obscurely connected to the theme and remain a fluid continuation of the artist’s practice at large.

Burr acknowledges the specific coordinates of the exhibition which create a grid of both time and place: “The exhibition is a little bit about my past and a little bit about my present. It’s a lot about the view I have from my studio, looking north to 23rd street where I can see the tops of the city-block-long apartment building, London Terrace, and its four corner towers. That’s where Colin and Pat lived together, and Susan Sontag and Annie Liebovitz in their separate apartments within view of the other’s. Several friends live there now, and I get my hair cut in the barber shop on the corner. Robert Mapplethorpe lived a block or two to the east.”

Another meeting point between the exhibited works and the city is the materiality of New York, specifically, in Burr’s words “its constructed decay and its decaying structures, its dingy glamour and its glamorous seediness…” It is this juxtaposition of luxury and shabbiness that lies at the core of the city’s fabric and one that Tom Burr continually explores in his work.

Reflecting on the array of architectural fragments, cast-off furniture and clothing that is seen in his works, the artist comments: “(These objects) describe proximities and distances, some banal facts and some fantasies, and they somehow make up a practice. They’ve all been used, sat on, opened or closed, worn and worn out; they’ve reached the limits of their domestic tenure, stretched to their breaking point, even, then retrieved, revived, and somehow reconstituted, into the considered formation of some thing” (Art Forum, September 2010).