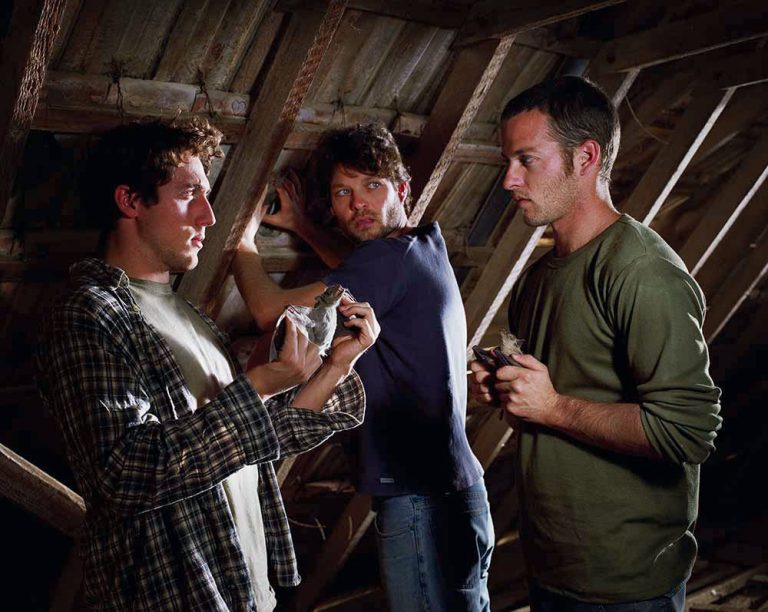 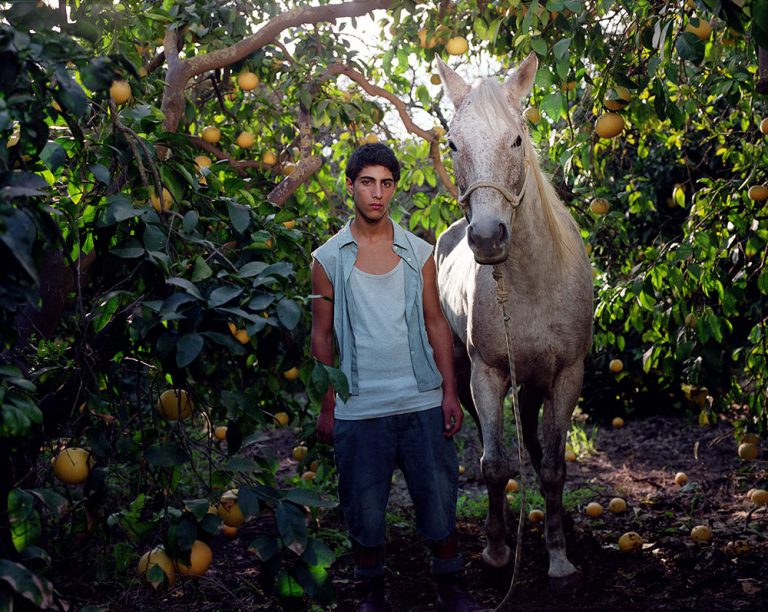 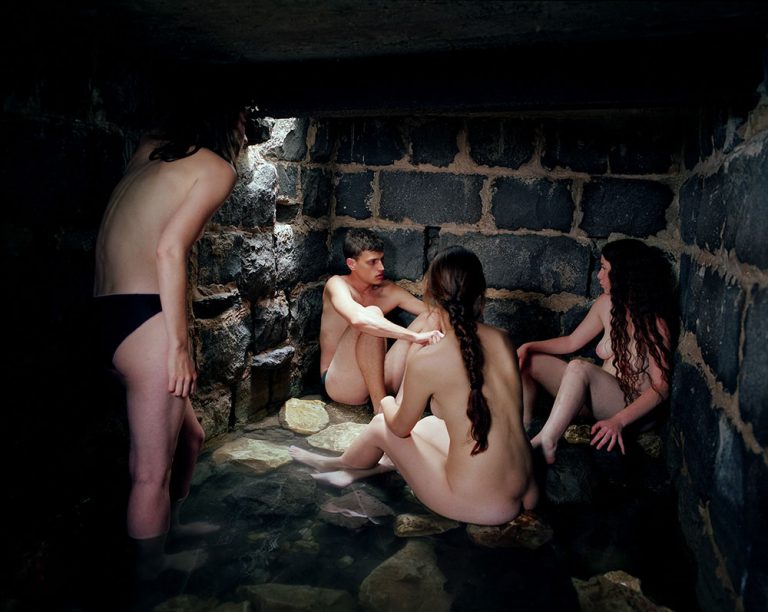 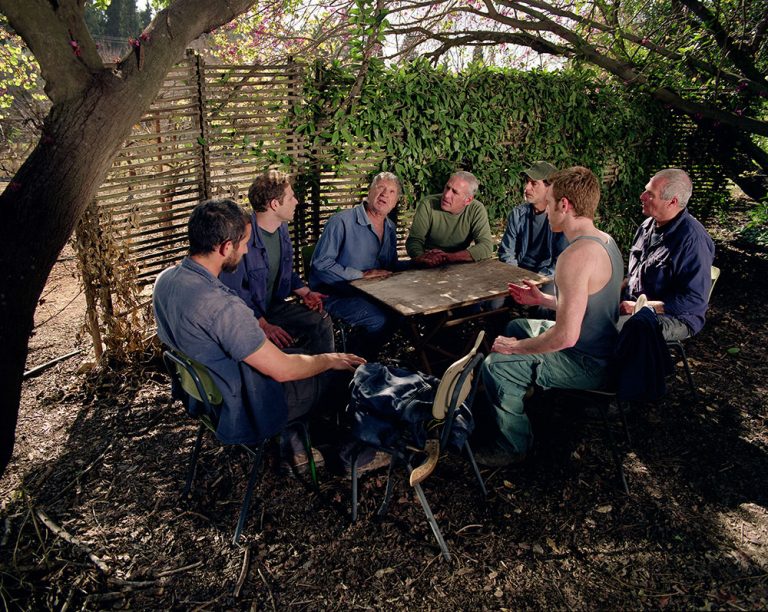 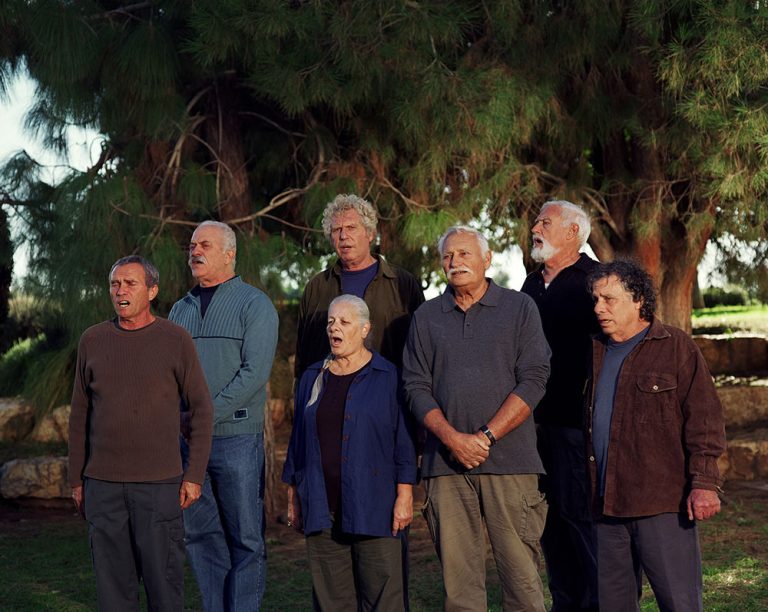 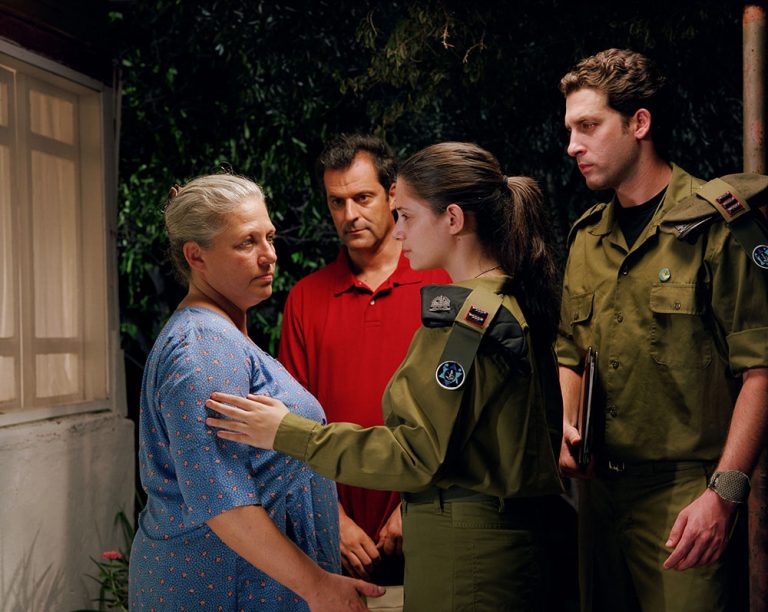 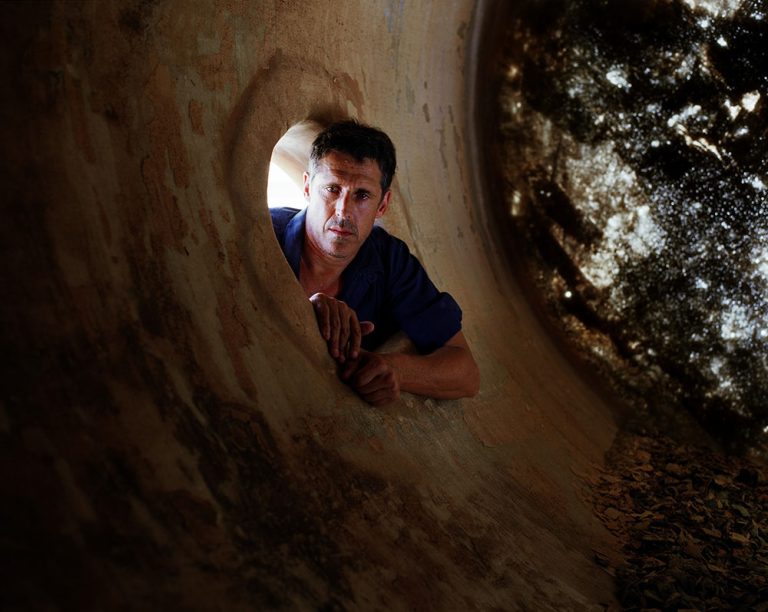 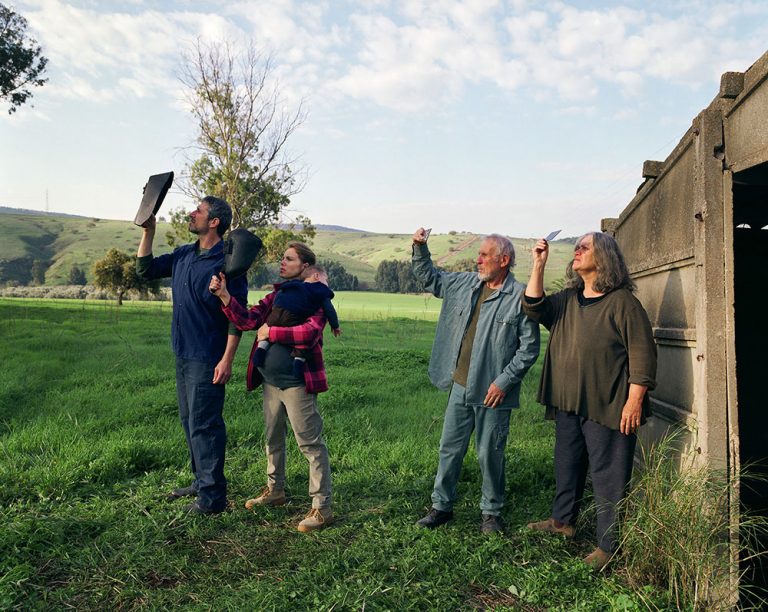 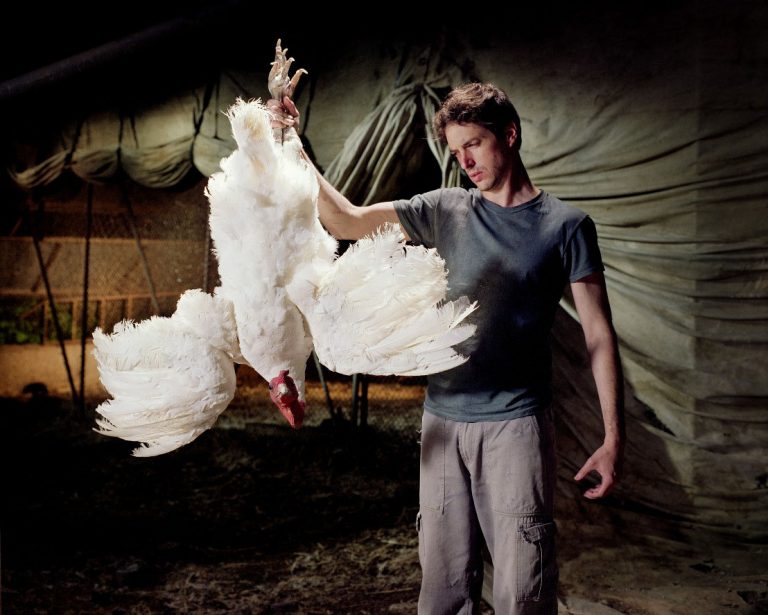 Sommer Contemporary Art is pleased to inaugurate the new series of photographs by Israeli photographer Adi Nes, ‘The Village’. The new series is set in a rural landscape, yet it seems that serenity is the least adequate adjective to describe it. The silence of the imagery is shattered by the defined and precise staging that characterizes Nes’ work. This type of deliberate dramatization does not leave room for doubt. Under the surface, as green and harmless as it may seem, something mysterious dwells.

There is not enough grassland in the world to hide the intensity of Adi Nes’ village. A choir, a few handsome boys working the land, but also mourning with sad eyes and to some, boys that would not be described as beautiful. Is it possible that Adi Nes’ village presents the essence of being Israeli?

The series presents a village from the past whose work values were an integral part of the emerging Zionist dream. This village appears to have a small number of members who live in a charged atmosphere. It can be understood, of course, as a metaphorical village representing Israel It is situated in a landscape known as the Jezreel Valley that has played a significant role since the days of the Bible and throughout the literary and poetic heritage of Hebrew literature (authors such as Natan Yonatan, Meir Shalev, Avraham Shlonsky, Matitiahu Shalem and others).

Like in his previous series; ‘Soldiers’ (2000), ‘Boys’ (2001), and ‘The Biblical Stories’ (2007), in ‘The Village’ Adi Nes is also examining contemporary Israeli identity, manhood, myths, militancy and humanity; and it seems that all of these topics are intensified in light of the location – The Village an authentic Israeli life form that seems to have lost its way, and with it, maybe we did to.

Here, the large format of the photographs intensifies the viewer’s experience and prevents the audience from enjoying the flourishing citrus trees and the green fields spread under blue skies. A young boy who is hiding between the trees, appears to be hiding from the people that remind him of just how much he doesn’t belong to this place where he lives and works. It is in these thriving fields and under the blue sky that guns and rifles are ignited.

Adi Nes (46) is a graduate of the Photography department in the Bezalel Academy of Art (1992). He is one of Israel’s leading artists in the field of photography. His working technique, the meticulous printing quality, his staged shooting style and the iconic figures are all identifying marks of his work that have made him into one of the world’s known photographers.