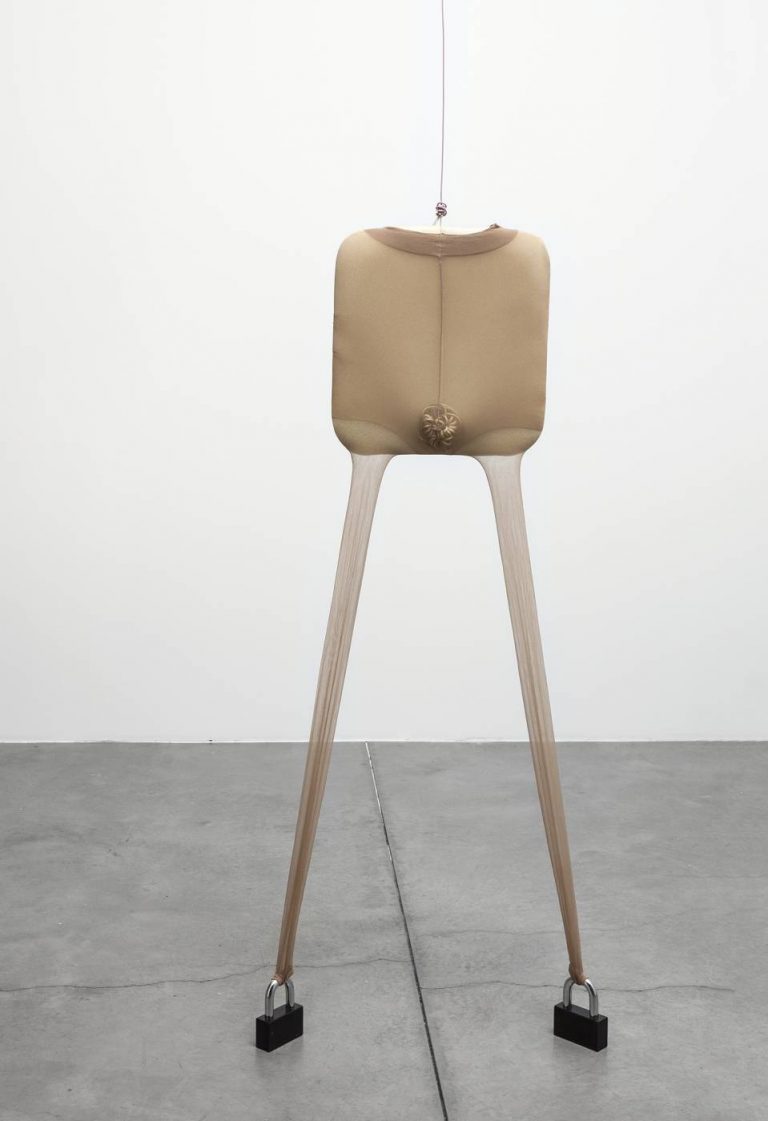 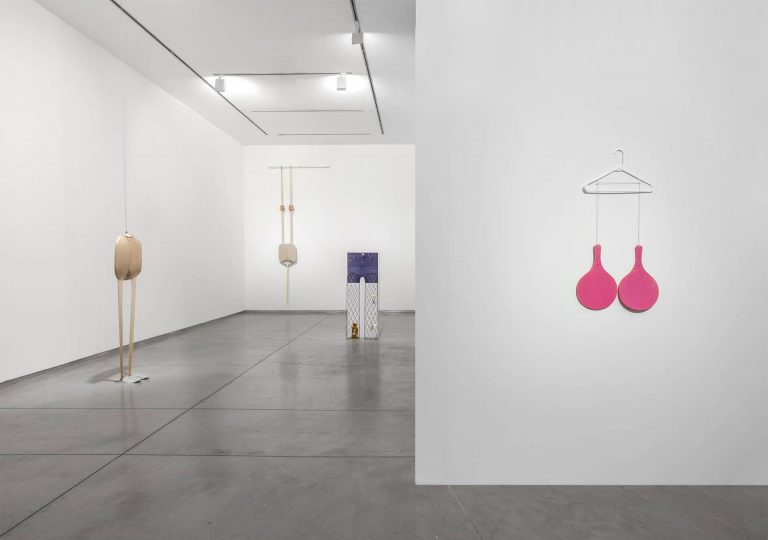 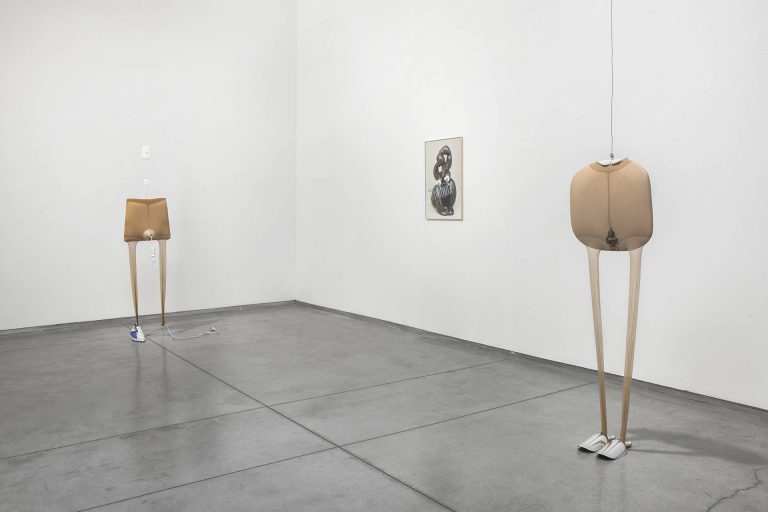 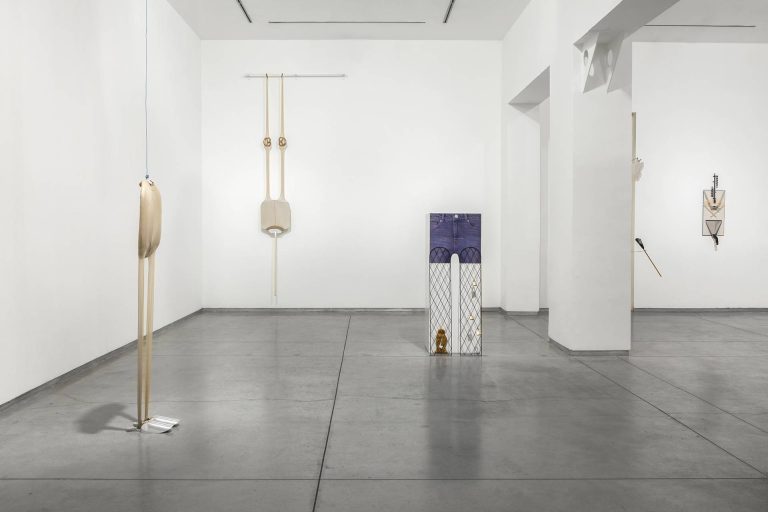 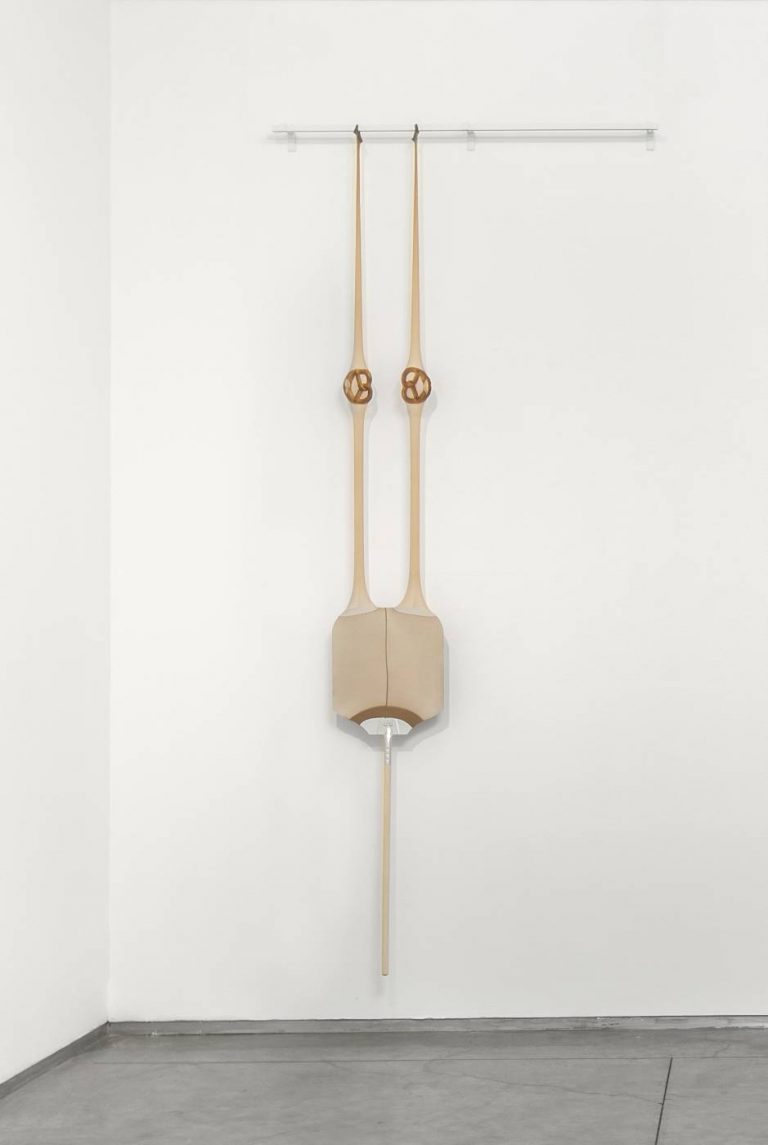 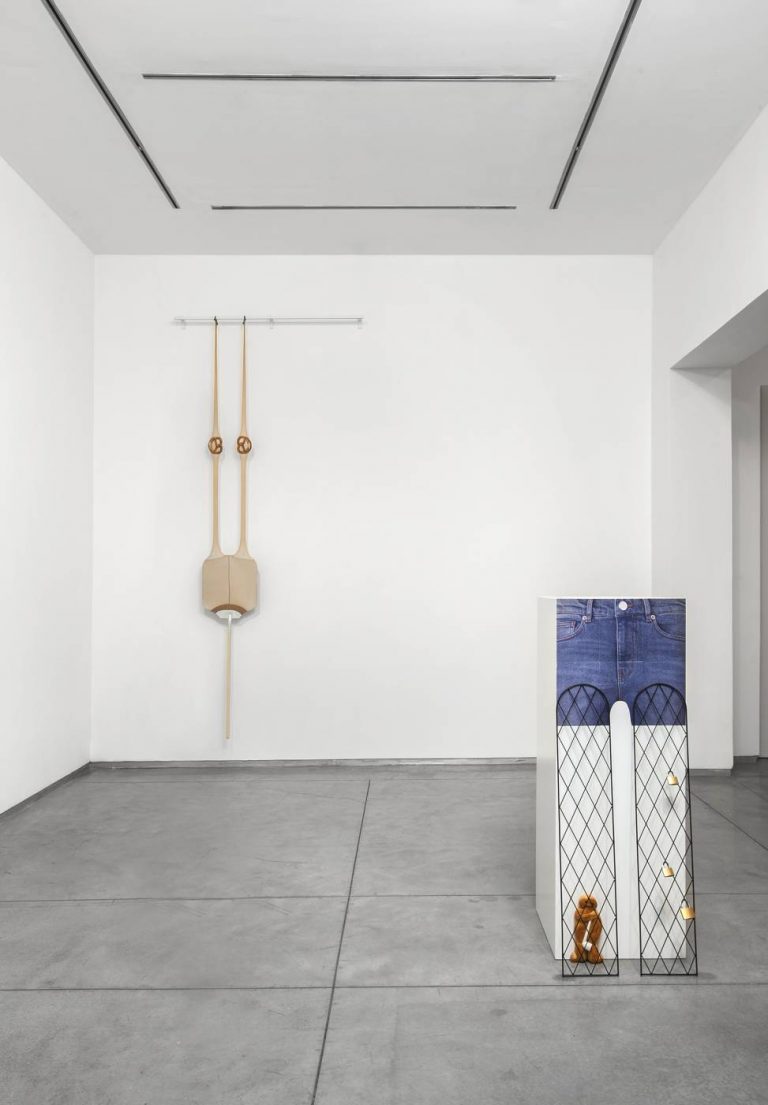 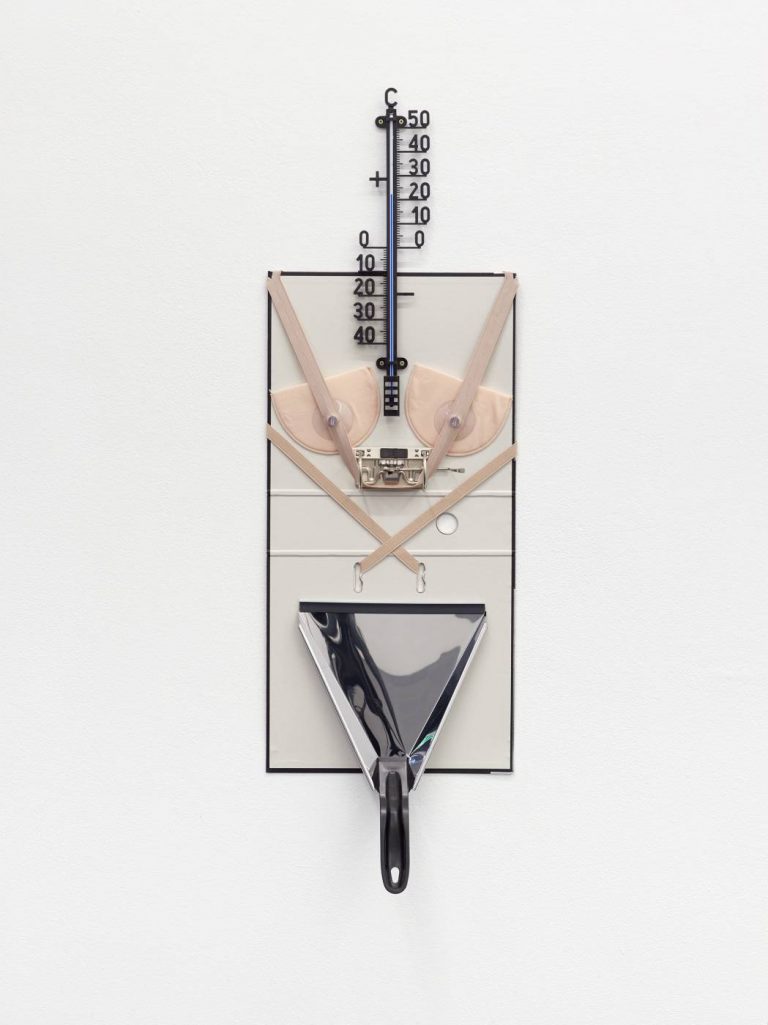 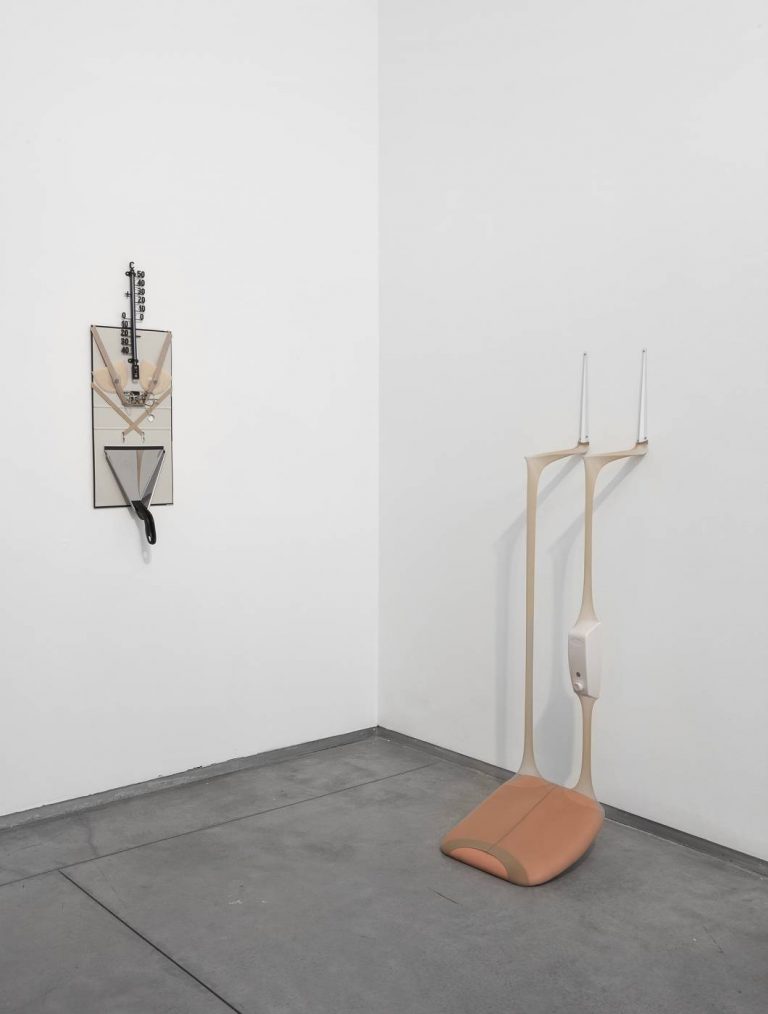 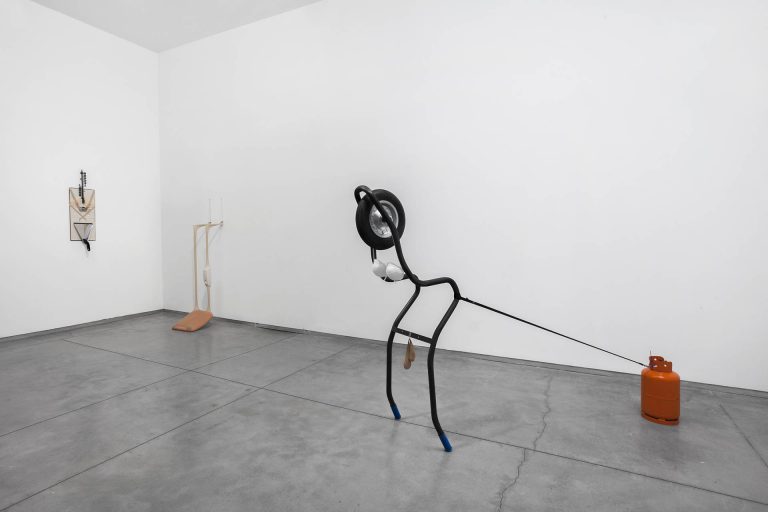 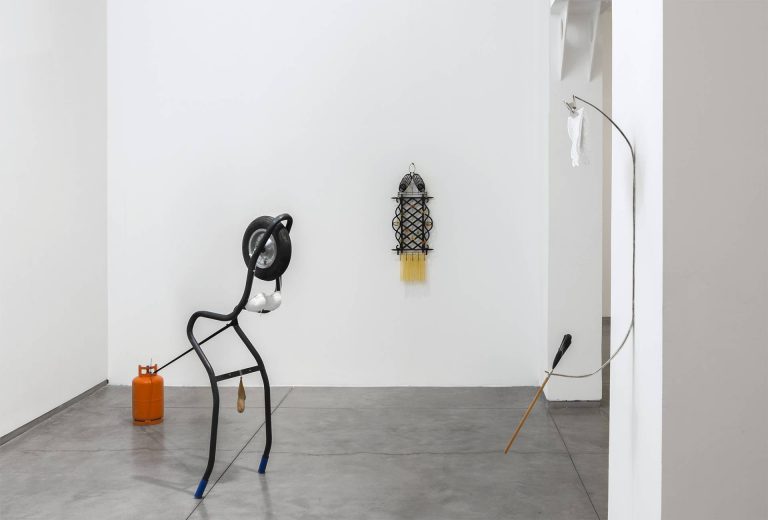 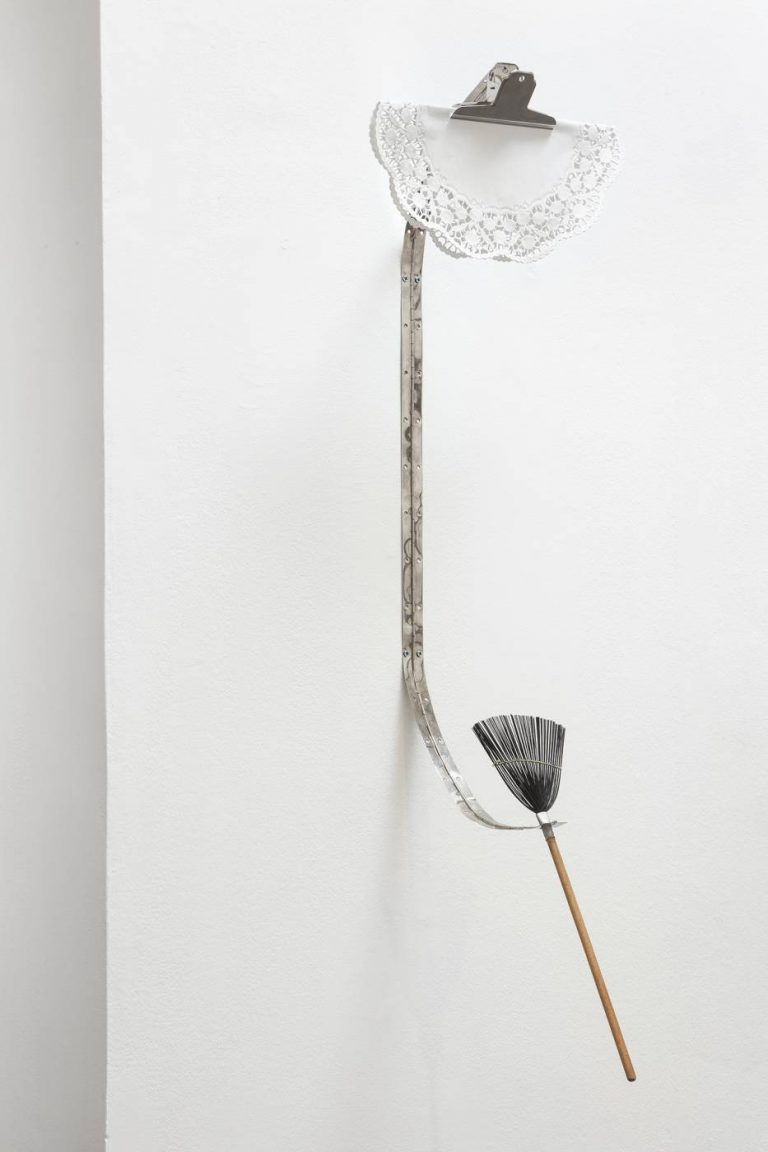 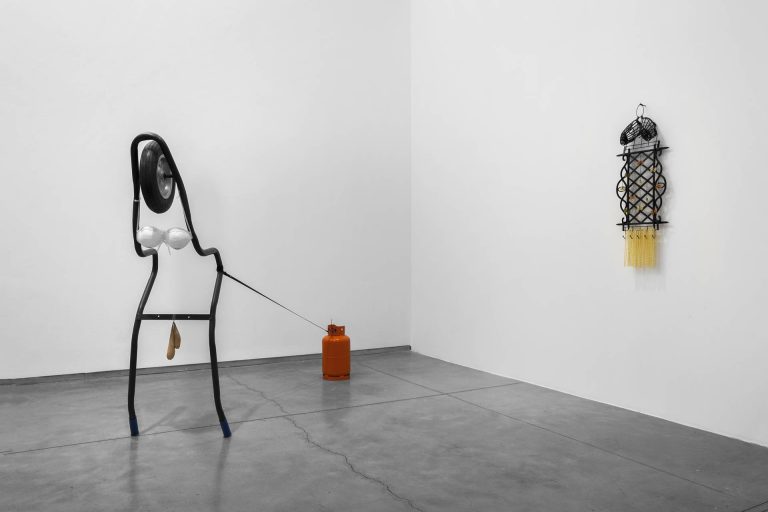 The sculptures in this exhibition were created over the course of the past year and are a result of my growing interest in figuration and animism. The complex relationship between humans and objects is central to this body of work. These sculptures express a symbiotic relationship between the object and the body that activates it. In the exhibition, this body transforms into a physical space, and acts as a surface for the expression of mental states and subjective positions.

“Love Handles” is a term used to describe the deposits of excess fat at the sides of a person’s waistline. It relates to the act of physical love, suggesting a moment in intercourse in which one partner grabs the other by the love handles. Two equally important perspectives are embodied in this title: The first is an exchange with contemporary economic culture, as it manifests in the design of mass produced objects; and the second is influenced by psychoanalytic discourse, which sees language as the main path leading to the unconscious.

Through humanizing products purchased at various department and hardware stores, I am interested in creating an inversion that is a mirror image of the mental state of falling in love. In such a state, the projection of a subjective “self” onto the other—the subject of one’s desire—involves treating him or her as an object.

My artistic process is intertwined with the notion of desire. During the creation of this exhibition I have searched for objects in endless shopping sprees. When encountering an object in a store, my attraction towards it is often a mystery to me. In order to understand it, I have to make the work.

Each object inside these sculptures functions for me as both an image and a word. The placement of an object inside a new syntax changes its meaning and generates a space for new interpretations and associations. It cuts open a hole in the wall of language.

I am compelled by the possibility of forming an expressive system using the generic and the ordinary, to squeeze the intimate and the personal out of that which is conventional and identifiable. Inside this installation made of everyday objects, I am looking for orientation; a way out of the impossible gap between outside and inside, my body and my mind, language and experience.