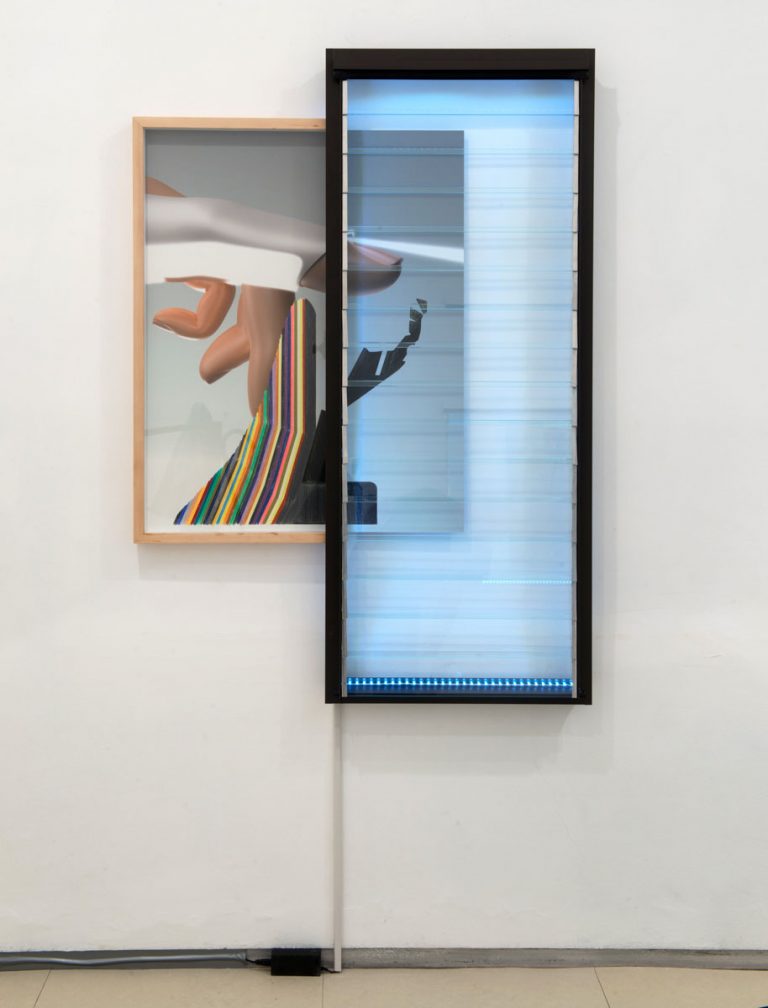 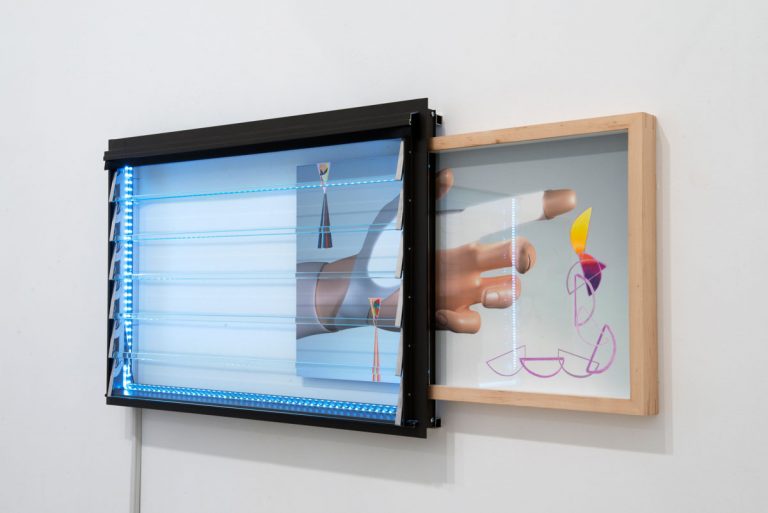 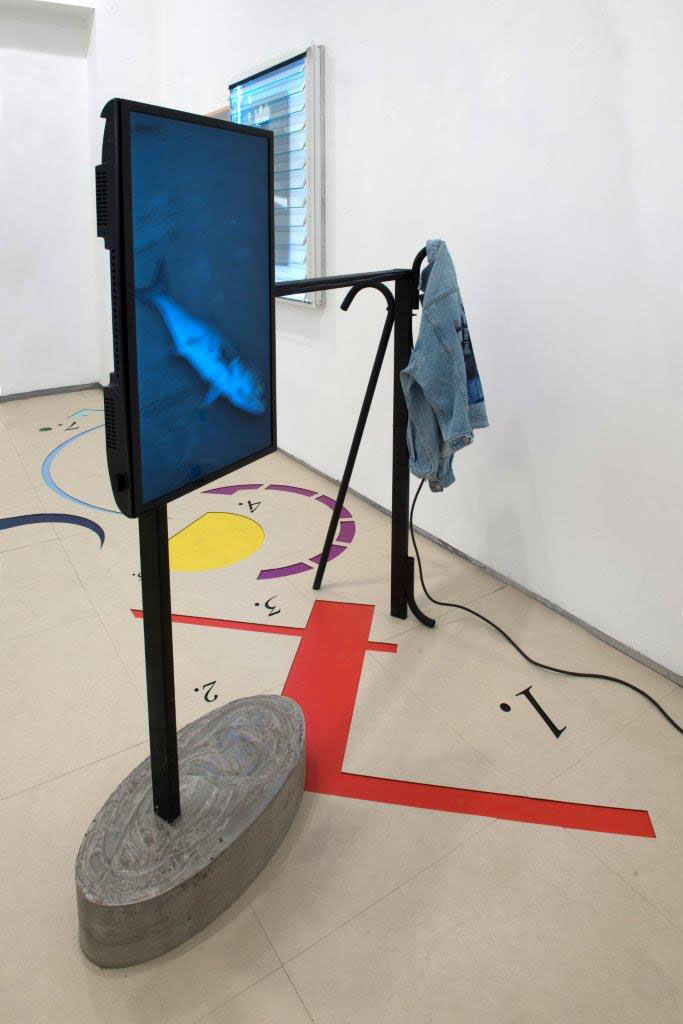 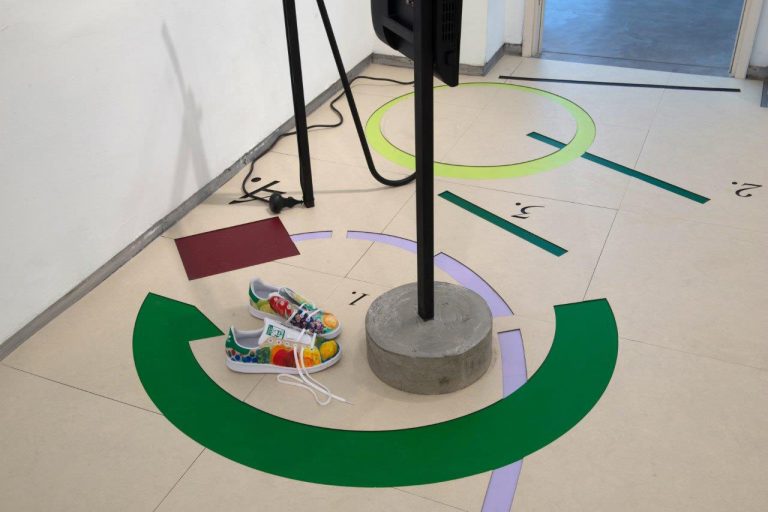 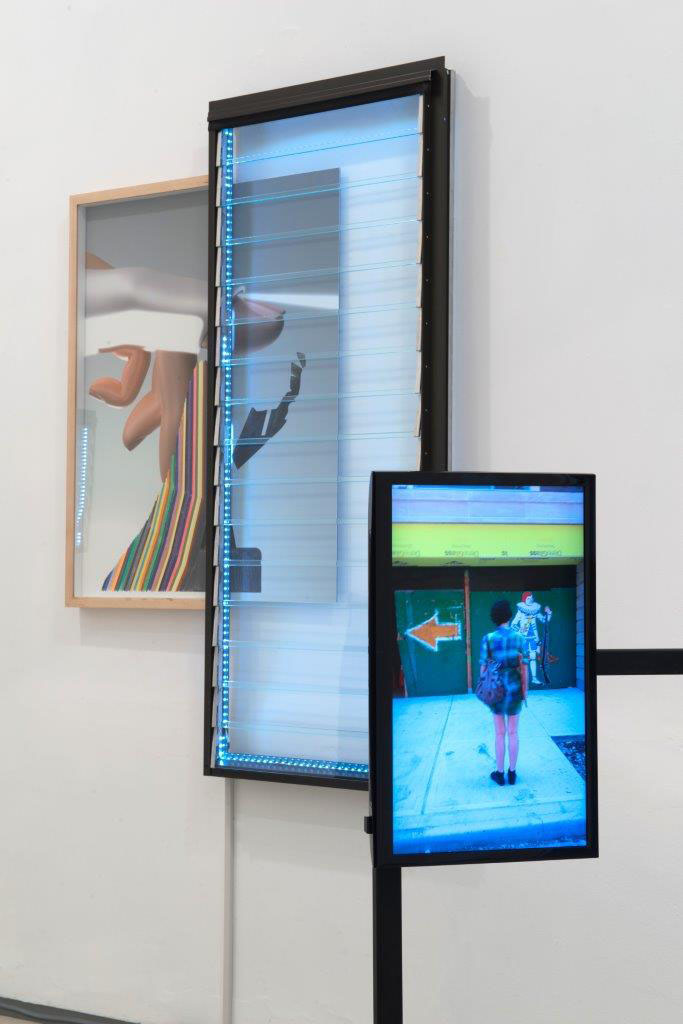 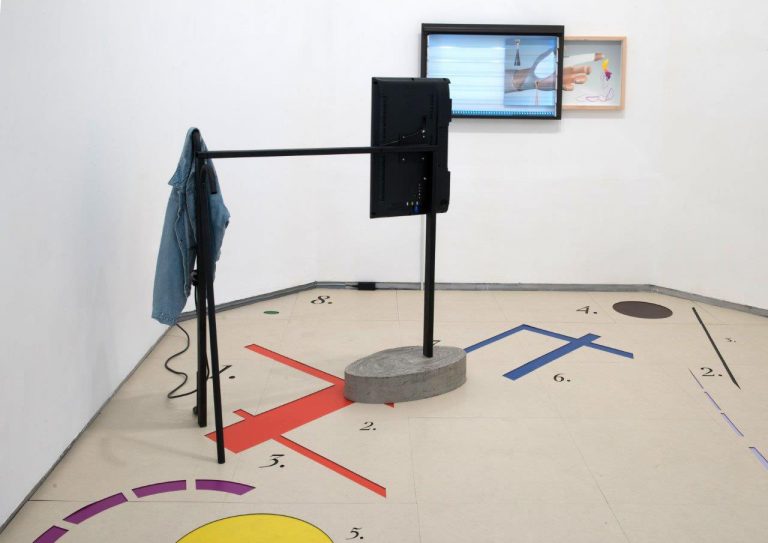 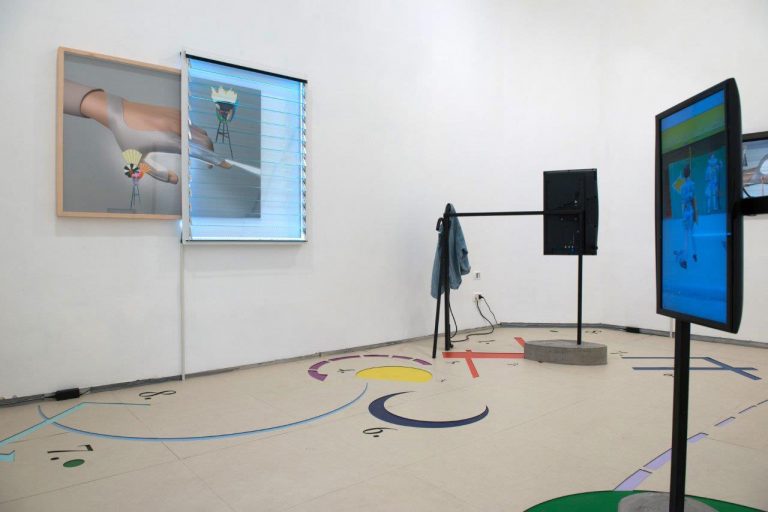 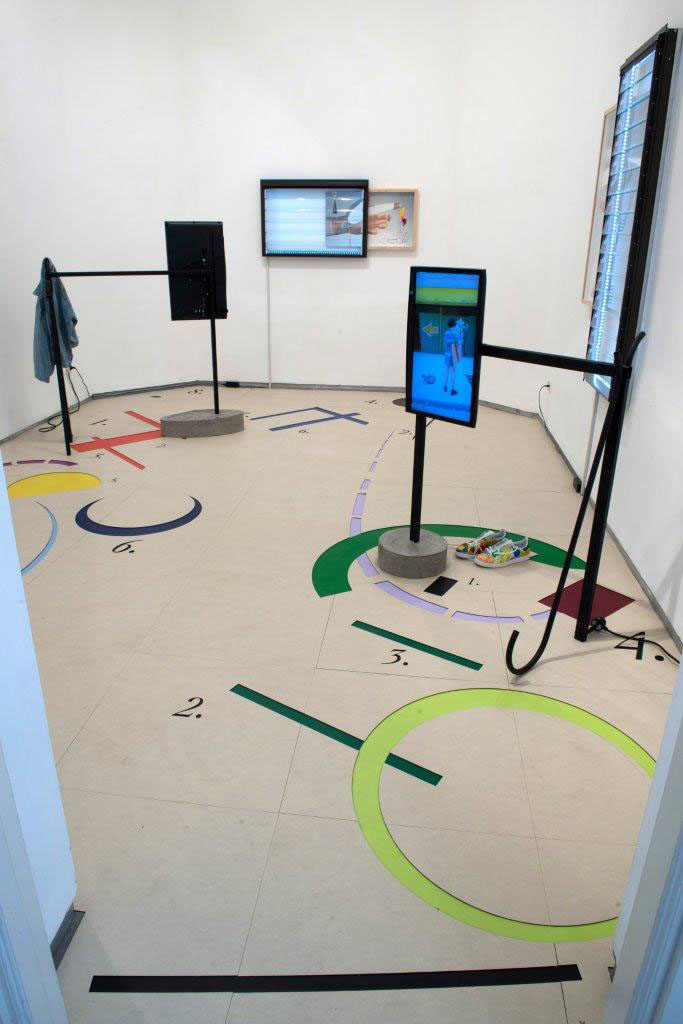 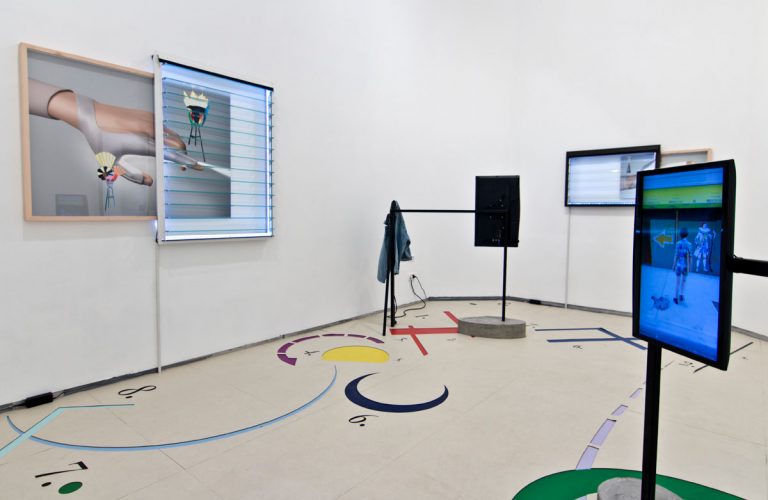 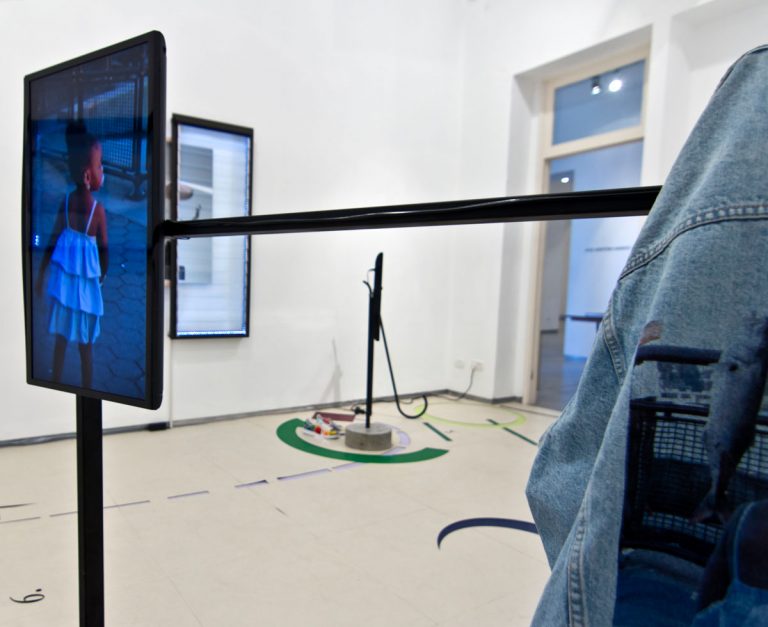 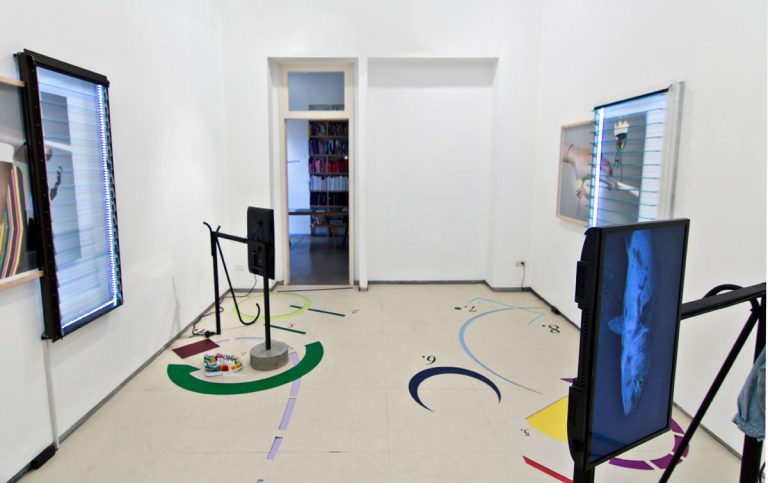 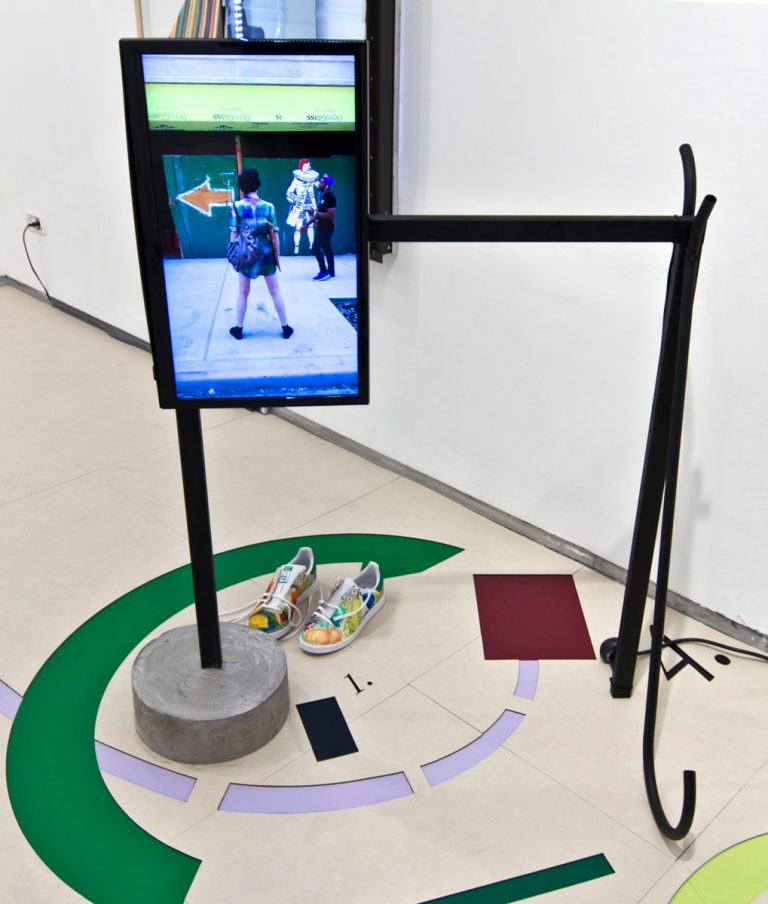 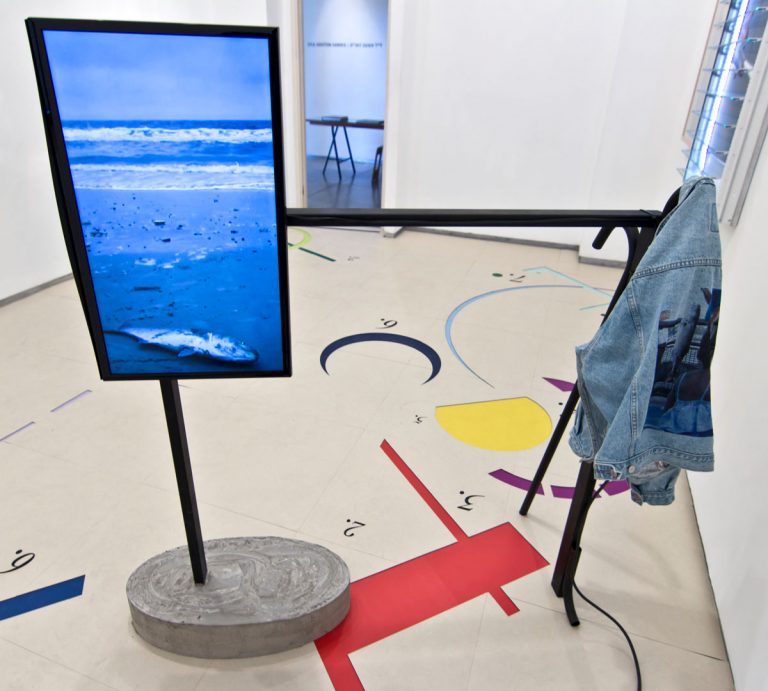 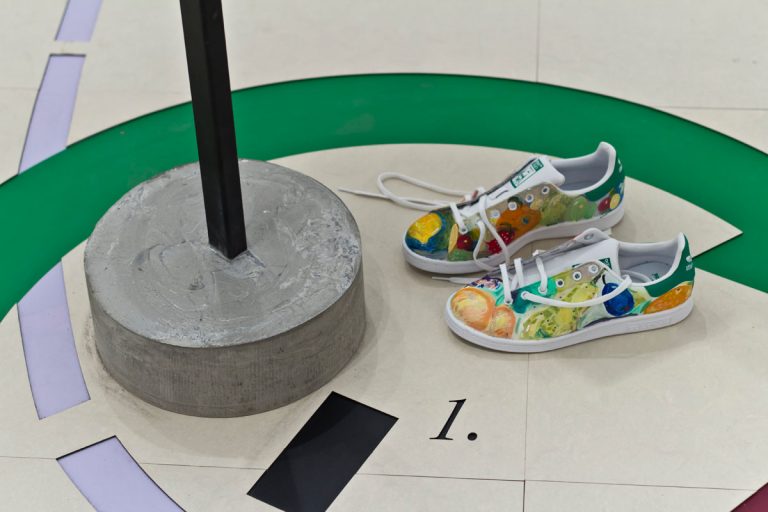 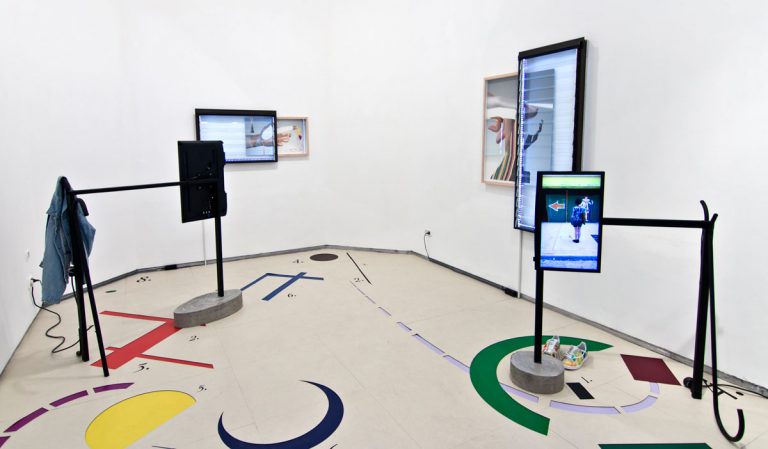 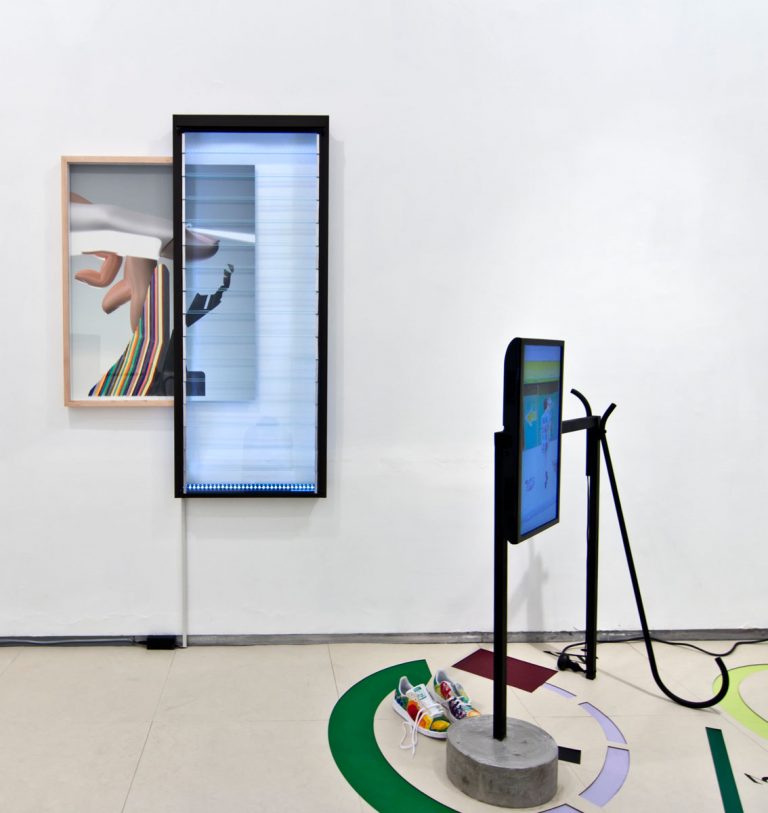 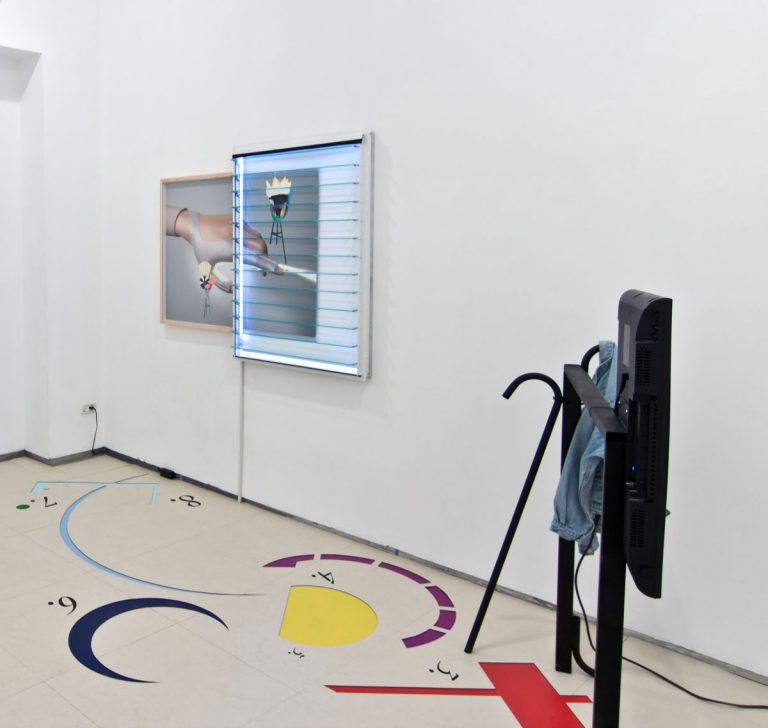 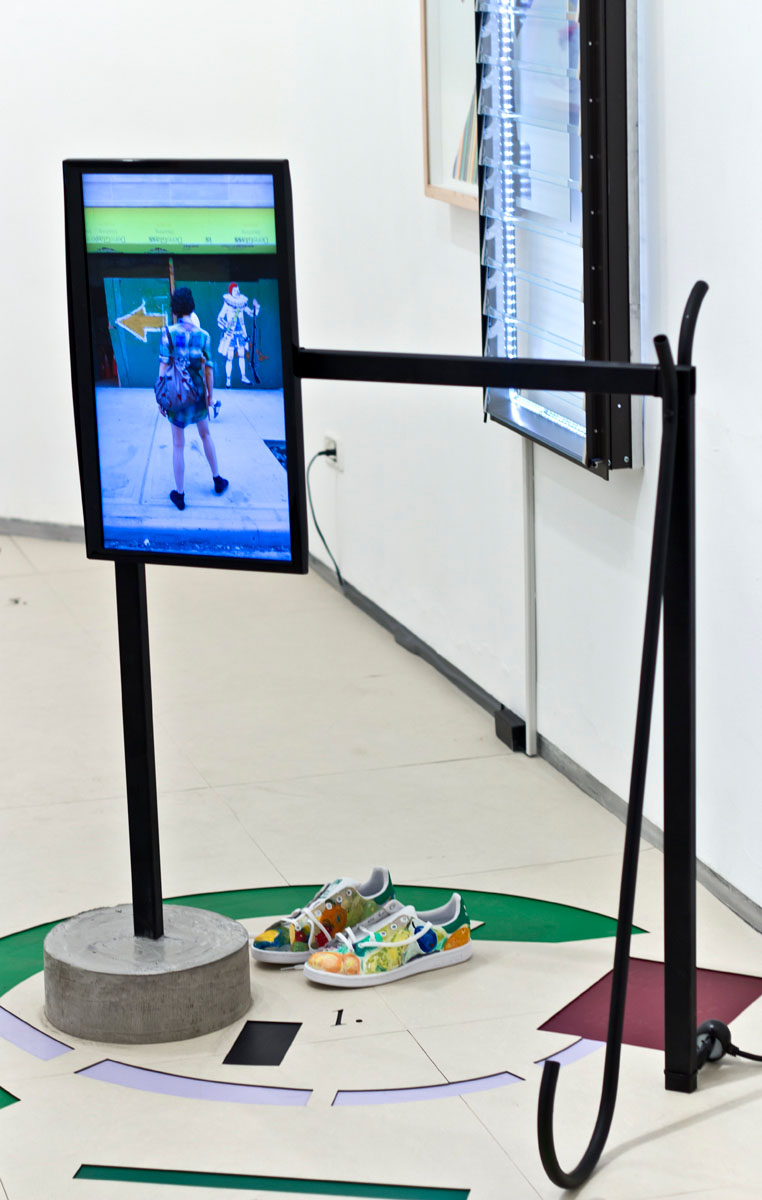 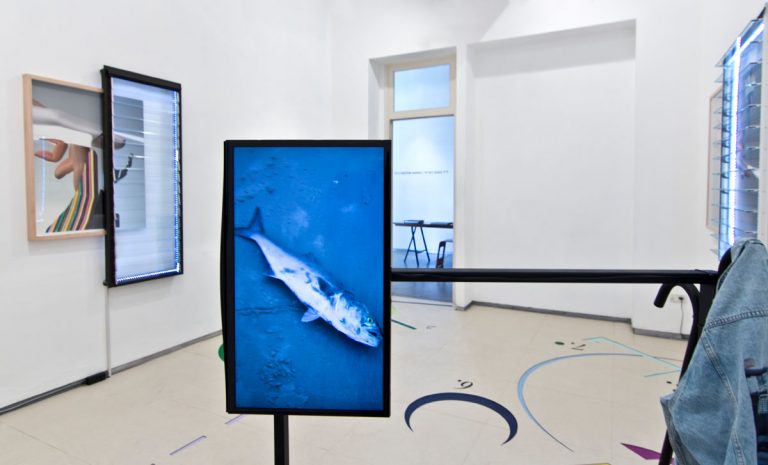 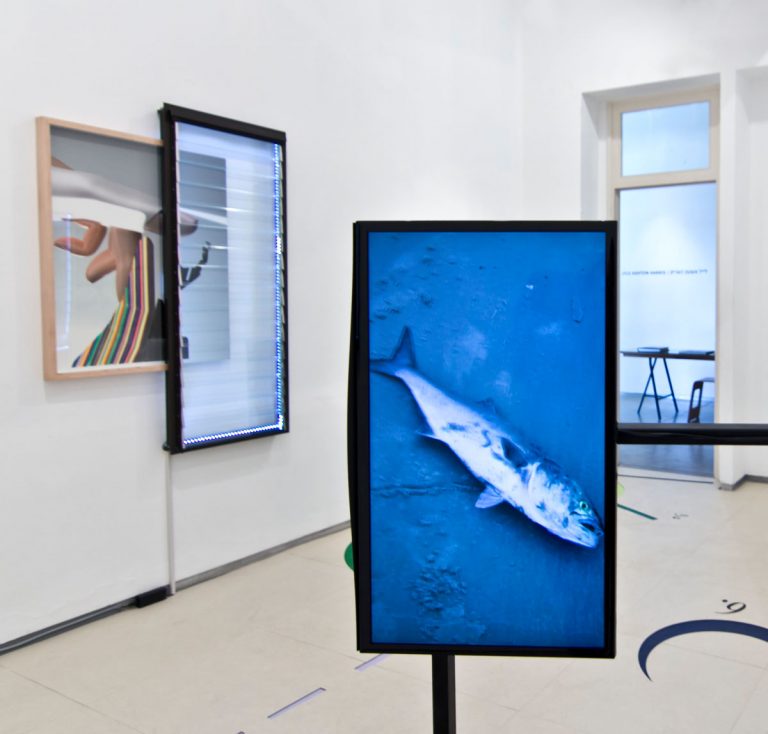 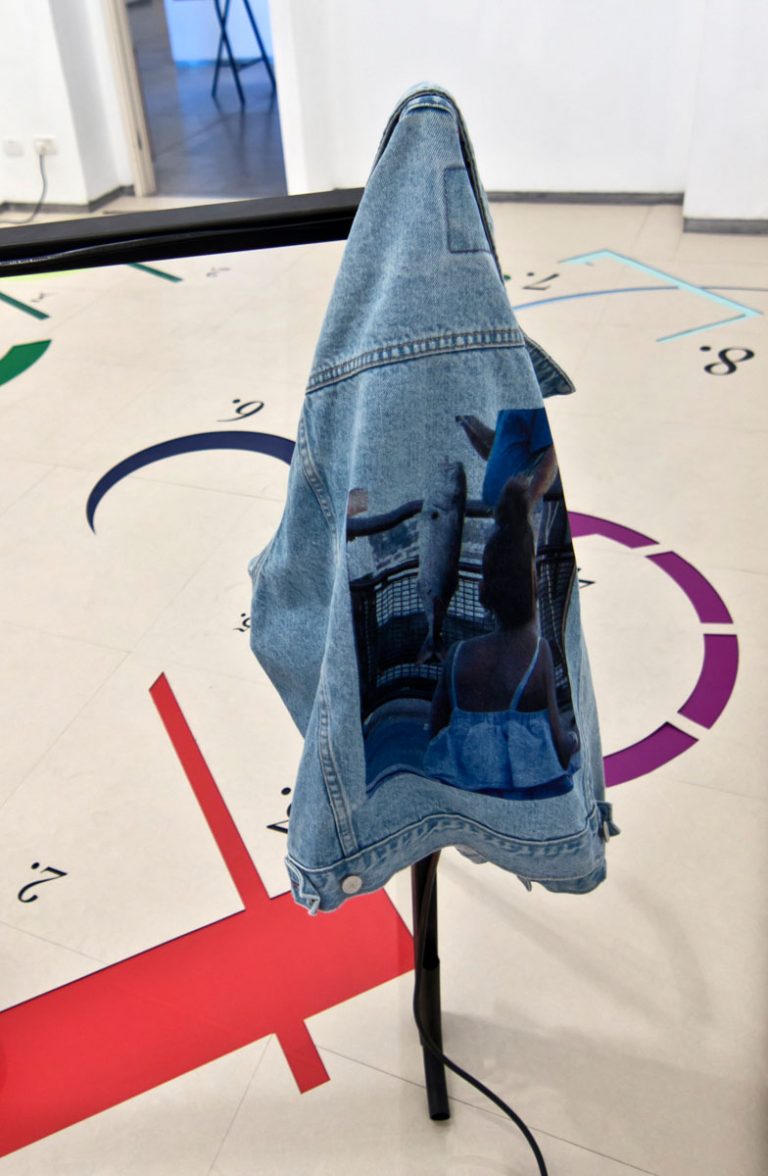 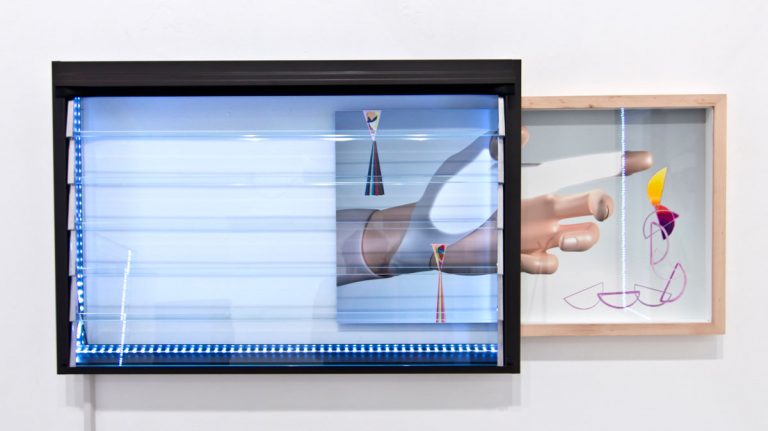 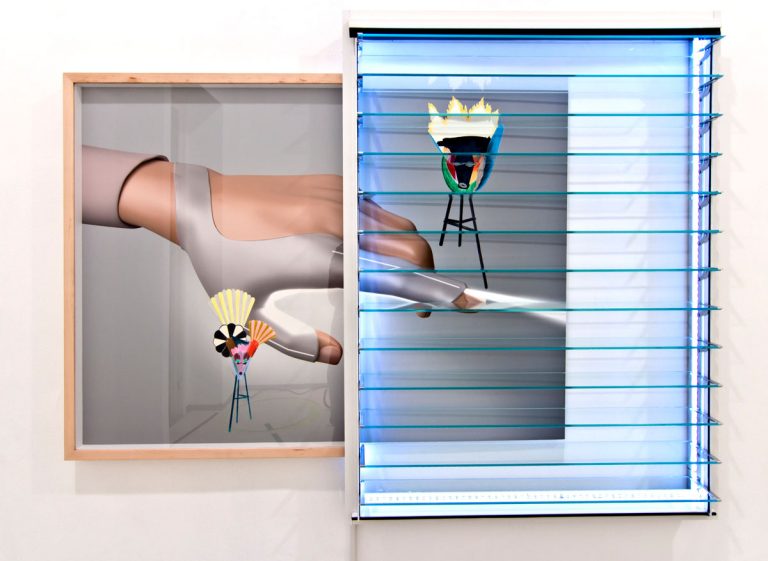 In her first show at Sommer Contemporary Art, Anna K.E. created a site-specific installation for the Project Room S2. It creates a hyper environment, where low and high-tech interact and the tactile and virtual merge.

The installation centers around two black metal constructions, carrying monitors with two short videos. K.E., who was trained as a classical dancer, is known for her short videos in which she is performing absurd, abject or Sisyphean actions in her studio, while demystifying the auratic glow of artistic creation. This time, she has taken it out to the street, and is seen from her back, marching or dancing. Another video juxtaposes formal and conceptual coincidental crossroads. Together with a jeans jacket and a pair of sneakers, these random personal attributes grant the space an air of a private living environment.

A linoleum floor piece dictates the installation’s rhythm – it is divided into a grid-like structure, mimicking tiles, which, together with many other references to modernist architecture, are a repeated motif in K.E.’s practice. The grid layout’s repetition is broken with abstract organic shapes, carved into the linoleum to expose underlying colors, along side numbers, which suggest a hidden choreography for the spectator in space. With symbolic gestures, sensitive aesthetics, a sense of humor and a pretentious title, “Intangible Economies of Desires” creates a small enclave filled with dissipated representations of our spatial-digital habitats.